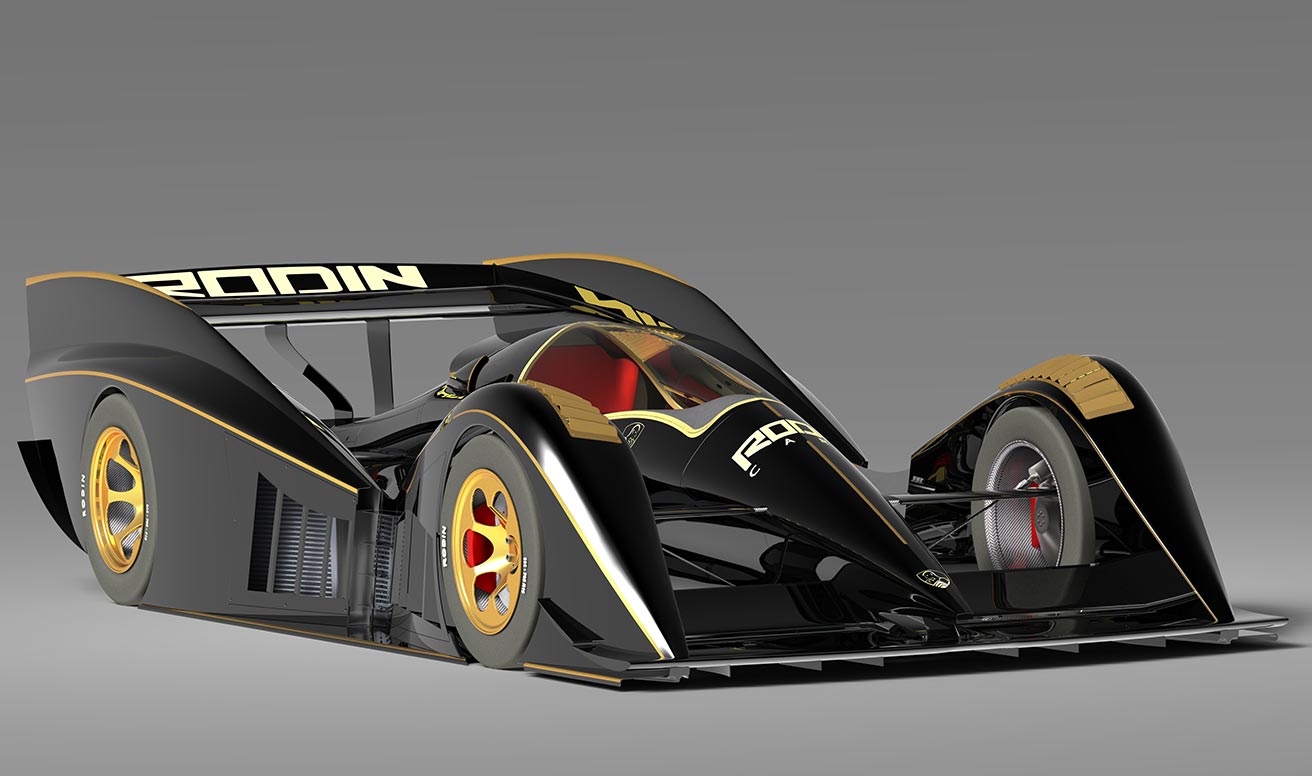 Although we live in an extremely technologically advanced society, where the media dedicates so much time and space to environmentally friendly vehicles, for the true automotive connoisseur, it is always a great pleasure to find a company that combines old-school engineering with space-age technology and design. We at Neil Brown Engineering are such a company and a perfect example of engineering artisans using 21st-century tools. Through years of experience in building race engines and competing in such series as DTM, BTCC, Formula 3, Formula 4, as well as in classic car racing, we have gathered tremendous experience and mechanical expertise, which is unique in the car business. But, what is the next step for a company that has already proved itself in fierce on-track battles? To design a masterpiece of an engine and put it in an equally impressive car.

Before telling you more about the project, we should introduce you to Rodin Cars. This company might not be a household name; still, they have gained critical acclaim amongst dedicated drivers looking to experience the extreme driving dynamics of a Formula 1 car on their local track. Called the Rodin FZED, the first model stunned the track-day fanatics with the purity of design, performance, and light weight which ensured sublime driving characteristics. The Rodin FZED is not the original car built from scratch but a thorough evolution of the Lotus T125 project, purchased by Rodin Cars in 2016.

However, Rodin didn’t just use leftover chassis, rebadge them, and sell them as their own cars. On the contrary, Rodin’s engineers spent a lot of time and effort to significantly redesign numerous aspects of the vehicle to improve performance and reduce mass. Many chassis components were also replaced with in-house developed titanium parts; with new pedals, seating position, and controls. The result was the even lighter vehicle which now weighs 609 kilograms (for an unpainted car), down from the original 650 kg. Powered by the venerable Cosworth-made 3.8-litre V8 engine (type GPV8) with 675 bhp, the Rodin FZED boasts a power-to-weight ratio of over 1100 bhp per tonne.

All of that means that the Rodin FZED is an extraordinarily capable track car and probably the closest (and cheapest) way to experience the Formula 1 driving sensation without actually having a Grand Prix racing license and contract with one of the F1 teams. Its power-to-weight ratio is significantly better than any hypercar, and due to improvements in engine technology, the Rodin FZED can scream around race tracks for 3000 miles before servicing. 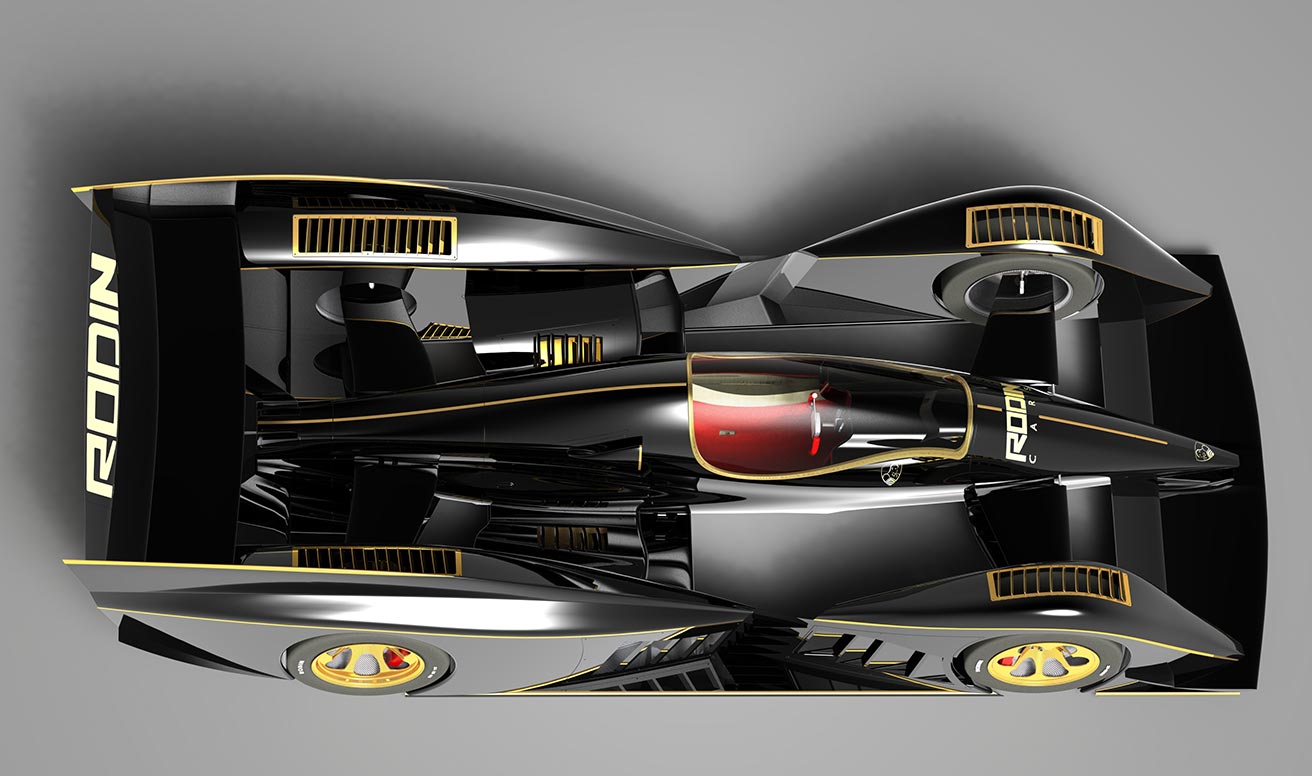 Even though we are based in the small town of Spalding in Lincolnshire, England, our stellar reputation managed to travel some 12,000 miles to Mount Lyford, New Zealand and reached David Dicker, founder of Rodin Cars. After the success of the Rodin FZED, Dicker decided to set up a new base at Donington Park, the hub of the British motorsport scene and Mecca for all track-day drivers who are his dedicated customers. But, more importantly, Dicker released plans for a completely new and very ambitious model. Called the Rodin FZERO, this promises to be a track-ready monster with an insane level of performance which should provide its owners with faster lap times than current Formula 1 cars! To achieve such a goal, Rodin Cars approached us to discuss a concept for a special, bespoke, unique, and highly advanced V10 motor, a true pinnacle of modern engineering. 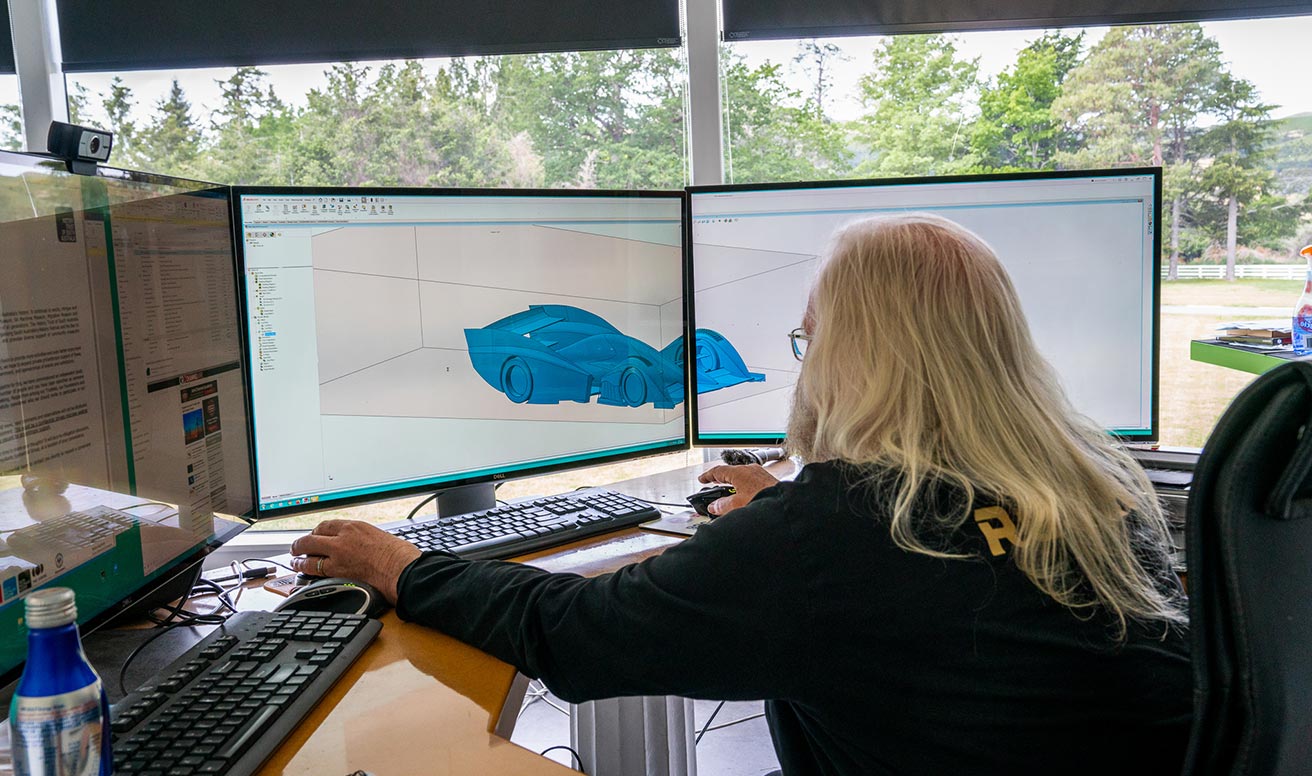 “After early discussions with Cosworth about building the engine,” explained Rodin Cars’ founder David Dicker, “we decided to go with Neil Brown Engineering”.

Rodin Cars approached NBE with an existing detailed concept for a 4.0-litre V10 developed with input from both Rodin and renowned engine designer Graham Dale Jones. The concept engine featured a modern design with high-end technical solutions such as pre-chamber combustion and exotic materials, matched with direct injection and finger follower camshafts. Rodin Cars established a desire to build the lightest and most-compact V10 possible, constructed from the highest quality materials. From this initial concept and project brief developed by Dicker, we set to work to engineer and build the dream Rodin RC-TEN.

Contrary to popular belief, neither the Rodin nor NBE teams were primarily concerned about the power but more with the quality, durability, technical solutions, and materials. The most significant task was to create a unit that would match the character of a highly specific car such as the Rodin FZERO. The configuration and displacement were carefully chosen by the team at Rodin Cars to provide owners with the best possible balance between a screaming and highly strung race unit and tractable engine.

The remit from Dicker was to build the lightest and most compact 4.0 litre, 10 cylinder engine possible. We believe we have achieved this. The result is a remarkable, twin-turbocharged V10 unit that will deliver an astonishing 1,000+ hp to the rear wheels. With a target weight of just 125 kgs. 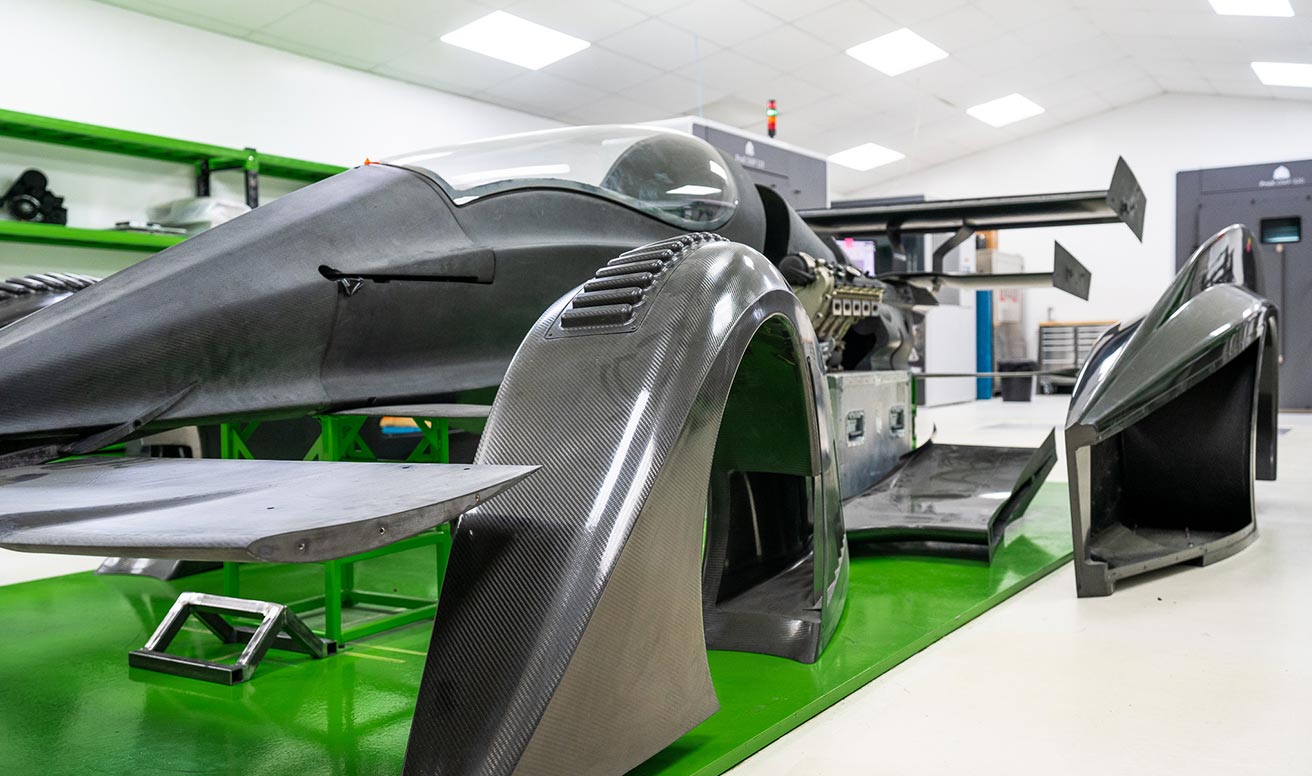 The V10 uses a flat-plane crankshaft, that is commonly used in high-performance and racing engines and is known for allowing the unit to achieve high RPM and power. However, when you have a flat-plane V8 engine, the vibrations are too harsh and affect the driving experience. If you opt for a flat-plane V12 unit, the engine block is often too long, which means that the engine is heavier. The V10 was the perfect solution; a very balanced unit capable of reaching 10,000 rpm (with the help of a high-pressure direct fuel injection system) with smooth power delivery, ideal for precision driving.

NBE and Rodin Cars are obsessed with lightweight and unique construction methods. The engine has been designed further to incorporate future exotic materials and many specialist 3D printed titanium parts which will be manufactured by Rodin Cars themselves. As leading high-performance engine specialists we were excited by the opportunity to push the envelope further around existing engine manufacturing trends through this project.

Follow NBE and Rodin Cars on social media to keep updated throughout the journey of this one-of-a-kind engine design and build!