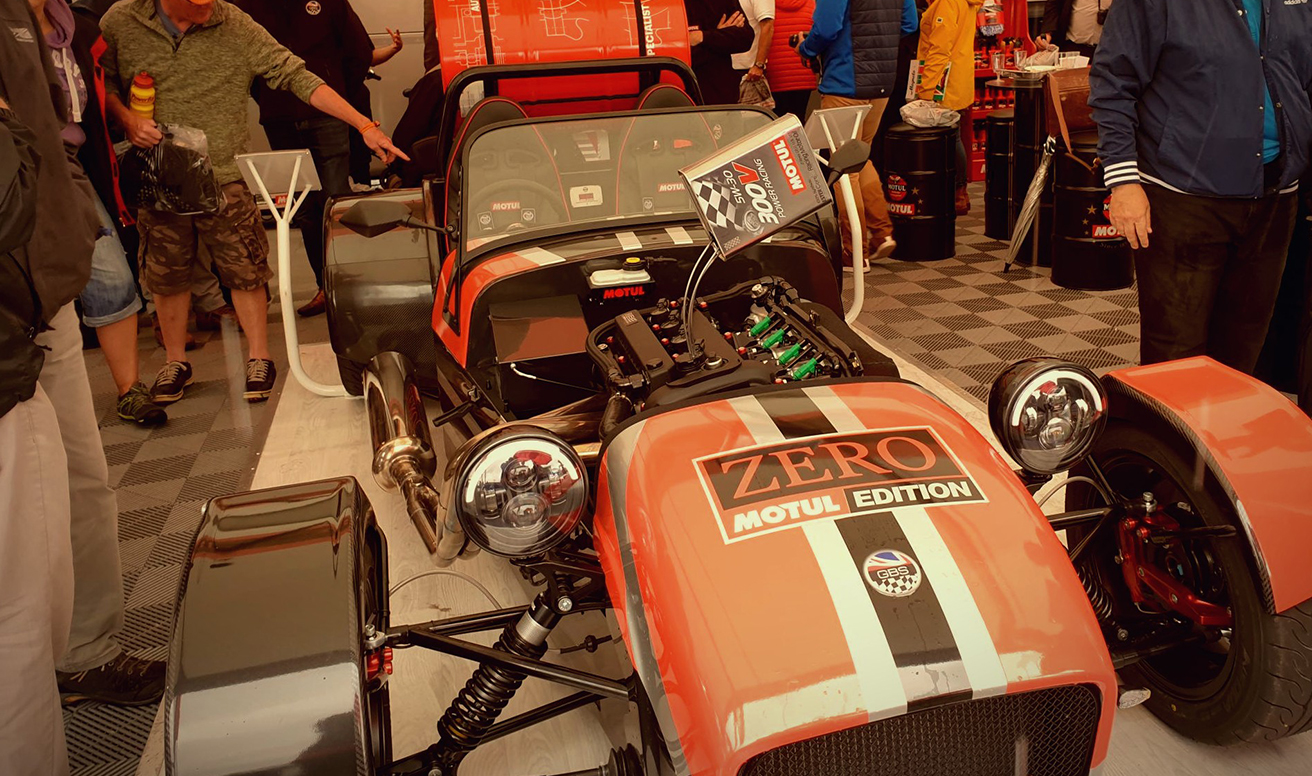 Whether you are a classic car fan or a modern sports car enthusiast, there is something extremely attractive and appealing about the concept of a lightweight roadster with little more than four wheels and an engine. The perfect recipe for driving bliss can easily be summed up in the “Simplify, then add lightness” mantra introduced by the legendary Colin Chapman. That is why his iconic Lotus 7 model was and still is the epitome of driving enjoyment for so many sports car lovers all over the world.

Since 2007, Great British Sports Cars (GBS) has been making sports cars that combine a classic approach with modern technology and precision engineering. The GBS Zero is a Lotus 7-based sports car available in several flavours, which the customer can further personalise. This approach proved very successful, and GBS delivered several hundred models worldwide, mainly with 2.0-litre Ford engines. However, recently GBS started working with Witham Motorsport, which is a UK distributor for Motul. The result is quite interesting, and it is called the GBS Zero Motul Edition. Introduced at this year’s Silverstone Classic, it has already gained a lot of attention from sports cars aficionados.

To the casual observer, this striking black, red and silver Zero could look like just another Lotus 7-inspired with no special features, but this couldn’t be further from the truth. In fact, this is a very special Zero that is designed and produced with the help of Motul - using Motul products at every stage of the build. First of all, the Zero Motul Edition has numerous bespoke touches, engineering details, and impressive specifications. The basic idea behind the vehicle was to offer more in terms of driving dynamics and performance, to enhance the looks and appearance but remain faithful to the lightweight formula. 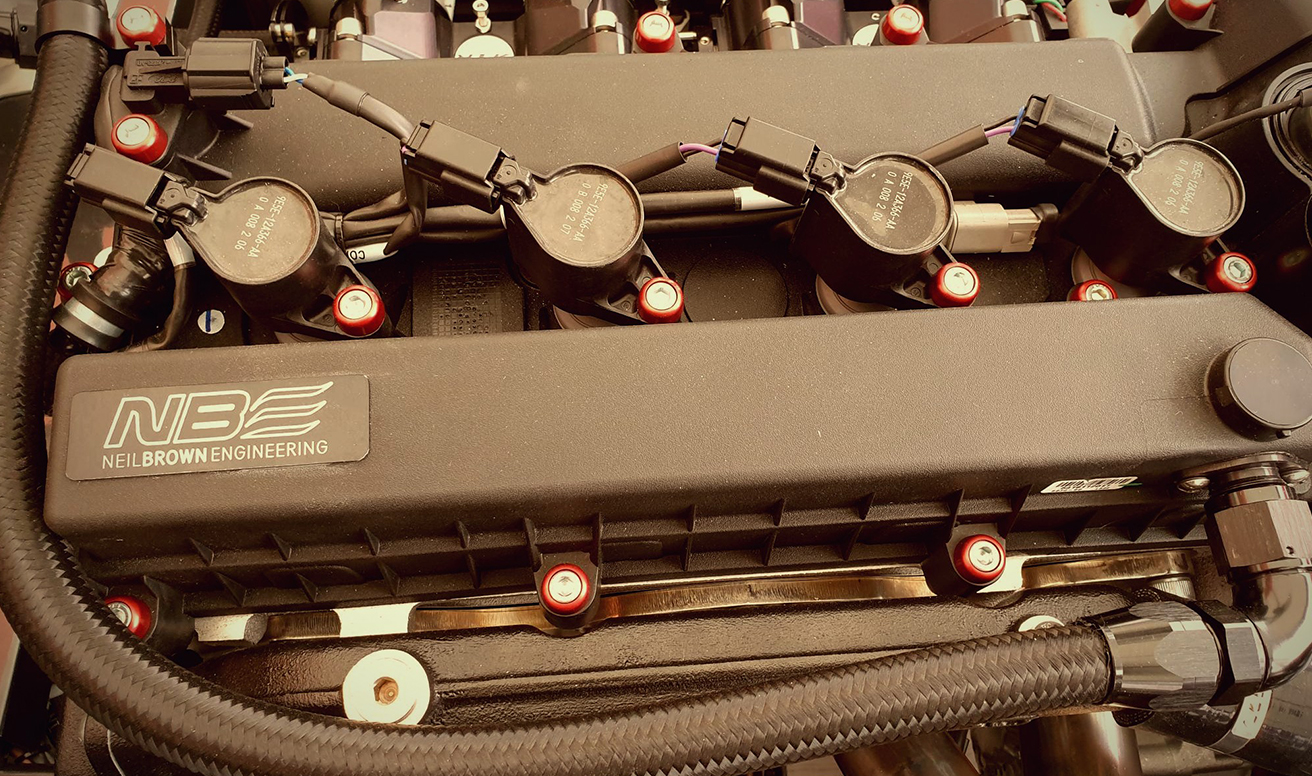 But the Zero Motul Edition’s most exciting feature is hidden underneath the bonnet. The engine is a 2.5-litre Ford Duratec, specially prepared by Neil Brown Engineering. Even though its 240 hp is a significant increase over stock output, the list of modifications is even more impressive. NBE installed a dry-sump oil system which will provide better lubrication, especially during lateral acceleration. The intake system is completely re-engineered and now includes ATR throttle bodies that provide more air and release that intoxicating intake noise all real sports car drivers appreciate. Since the Zero Motul Edition is so light, the 240 hp can propel it to 60 mph far quicker than the regular models. In fact, the GBS Zero Motul Edition has the same power-to-weight ratio as the McLaren 720S, which translates to sublime performance.

Another interesting fact about this unique sports car is the fact that it is probably the only vehicle in the world designed and run on lubricants and fluids from the same company. Motul wasn’t just a sponsor and let GBS do all the work. Its technicians worked closely with NBE’s engine specialists to find the perfect blend of motor oil for our high-revving and specially prepared 2.5-litre four-cylinder engine. Such dedication makes the GBS Zero Motul Edition a thoroughly engineered piece of machinery that is far more than just an appearance package. It is a proper high-performance sports car that would make Colin Chapman proud and probably amazed just how beautiful, fast and composed it is.

As a renowned engine supplier to various race teams for over 40 years and one-off builds, this was a great project for Neil Brown Engineering to get involved in and prepare an engine for. Being "Driven to Excellence" means that we insist on only the very highest quality in our engines, so from the initial design right through to manufacturing, assembly and testing, we're able to do it all.